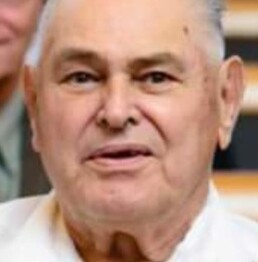 Hand delivered by a local florist

Born in Upper Bern Twp., he was the son of the late Robert Eisenhower and Helen A. (Nagle) Eisenhower Kreitz. Buddy worked as a carpenter for nineteen years for B. Frank Sheidy, Bernville. He was also a self-employed carpenter for twenty-seven years; and a part-time barber in Shartlesville for fifteen years. Carl was a member of Frieden's Church, Shartlesville. He was also a member of the Shartlesville Fire Company; and enjoyed hunting, fishing, gardening and planting flowers.

Services will be held on Wednesday at 11:00 am from Frieden's Church, 28 Wolf Creek Road, Shartlesville. Burial will follow in Frieden's Cemetery. A viewing will be held in the church Wednesday 9:30 to 11:00 am. Those attending services are asked to please wear a mask, practice social distancing and attend if you feel comfortable. In lieu of flowers, memorial contributions may be sent to Frieden's Church, P.O. Box 366, Shartlesville, PA 19554.

This entry has no reviews.